“We don’t have any positive pictures of adulthood”

If growing up is so hard, why should we do it? In her book „Why grow up?“, Susan Neiman ponders our idealized image of childhood and fear of adulthood. 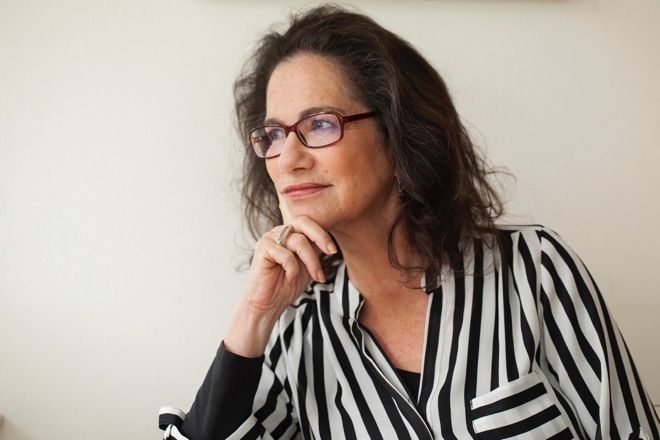 Our societies cherish youth as the prime time of human life. Do you think we do so because this period of our lives is so alluring or because we are just disenchanted with adulthood? I think it is due to the fact that we don’t have any positive pictures of adulthood. We completely idealize childhood, but if you spend some time around young children, you realize that there is a considerable amount of anger and frustration involved in being a child. Growing up, every step you take is a challenge. But even though it takes a lot of effort, every child, except maybe the mythological Peter Pan, wants to grow up, because they associate it with gaining more power and abilities. And childhood is not even the hardest period in the process of growing up. Which one is the hardest? I think we can divide the process of growing up into specific phases. The second phase, which stretches across the years 18-28, is probably the hardest. It’s the first time that you are forced to make your own decisions and there is a feeling that every decision could shape the rest of your life: “What am I going to study?”, “What job do I want?”, “Is this the love of my life?” — all these questions pop up and you think that no mistake is allowed. When you get past that point, you realize, that mistakes are actually allowed and that they are even inevitable. But empirical research has proved time and time again that this second phase is by far the hardest time we live through. Why, then, do we idealize this time that nobody wants to repeat? That is the question I tried to address with my book “Why grow up?”. Grownups tell young people constantly that they are currently living in the prime of their life and that they should make the most of it because it’s only going downhill from here on. We basically tell them to not expect anything from adulthood — which means not to demand anything from life. By that, adults put young people under a lot of pressure to make the most out of these “precious years”. Exactly, and it is not really doing anyone a favor. A lot of the most avid readers or reviewers of the book were all under 30 and a lot of them came to me to thank me for pointing out that growing up is hard and that youth is not necessarily the best part of life. In the book, you refer to empirical evidence commonly known as the “U-Bend”, which reveals that most people are the happiest in the later stages of their lives — because they have learned to curb their expectations. Lower expectations vis-à-vis life could be one explanation. But it might just as well be that at a later stage you just know yourself much better than you did when you were young. You know your strengths and weaknesses, you know how to think for yourself and you care less about other people’s opinions, so you are less afraid of mistakes. And even if you do mistakes, you don’t have to live with the consequences for the next 50 years. (laughs) I don’t know about that, to be honest. Even 15 years is a long time to live with the consequences of a bad decision. But time certainly does play a role. As a young person, you don’t think too much about the time you have left. As you grow older, you learn to appreciate it and make the most of it.

“You only look good if you look deceptive”

“Children can cope with more than we believe”

What we cherish about childhood is a certain sense of wonder for the seemingly mundane. Is there a way to keep that as an adult or will experience and logic always destroy it? I think this sense of wonder is idealized too. Have you ever tried to get a kid to watch a beautiful landscape? No, but a spoon usually does the trick. A baby will be fascinated by a spoon or keys but it will stop once they’ve seen the keys a couple of times. Once they figure out how something works, the wonder is gone. So I don’t think it’s the same sense of wonder we have. We are still amazed by things we have long figured out. We have talked about childhood and what springs to mind is the “happy childhood”, which seems to be a determining force. Yet childhood itself is a very recent concept and the happy childhood even more so. Are we at a point yet where we can properly define what makes a childhood happy? No. For a very long time, a kid was nothing else than a small grown-up. They had to work and prepare themselves to one day take over their parent’s role in society. There is a very good book by David Lancy called “The Anthropology of Childhood”, in which he examines the concept of childhood across different societies. He especially focuses on what he calls WEIRD societies, which are Western Educated Industrial Rich Democracies, and their obsession with a happy childhood. He argues that the efforts that our societies put into this are so rare, both historically and anthropologically. He describes how in traditional societies, children are not pampered but expected to help their parents and to learn everything through observation. Of course, this family model is slowly dying out because of globalization and the way of life it brings with it, but it’s still relatively widespread. Part of the reason why we pamper kids so much is because we perceive them to be very vulnerable and we don’t want to fail them. In the book, you use the quote from Descartes that “human unhappiness is due to the fact that we begin our lives as children” … Which is not something you would say today, but you are absolutely right, there is this feeling that children are utterly vulnerable. Every parent knows that the first two years, you are just trying to keep your child alive and let no harm come to it. It is a biological impulse, certain animals have it too, but I think children can actually cope with more than we sometimes believe. British psychoanalyst Donald Witticott argues that parents even have to fail from time to time, so that the children learn that failure is normal and that they are not surrounded by infallible, god-like creatures. Maybe parents should worry less about being good parents and more about being too good? Parents will fail either way. There is no way you can always be right. Just like the old saying that everybody gets the chance to screw up their kids in their own way. Exactly. There is a poem called “This be the verse” by Philip Larkin that starts like this:

They fuck you up, your mum and dad. They may not mean to, but they do. They fill you with the faults they had And add some extra, just for you.

Larkin was a misanthropist and the message of the poem is that we should all just die soon and not have children. But of course there is some truth in these lines in the sense that no parent is infallible. Could you please give us a short and concluding answer to the question of your book: Why grow up? Because we are going to grow old anyway and growing up and taking responsibility is a subversive alternative to simply giving in. 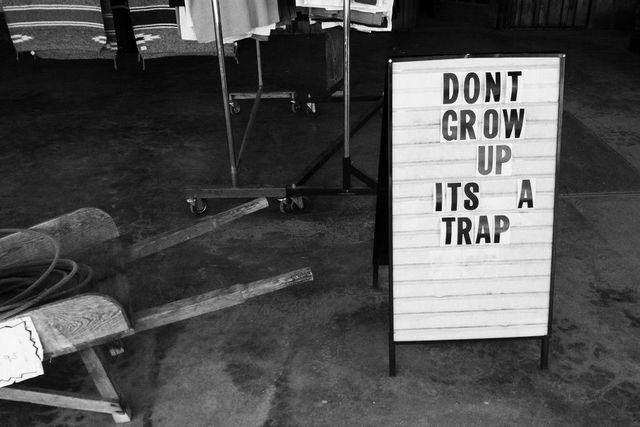 Young at Heart The Devil It’s a scary concept, really: A fallen angel, who reigns over the underworld and tortures lost souls until eternity. According to scripture, the
Latest posts Telephone Angel Kenneth Goldsmith on the end of the Internet Street View’s Strange Solitude Shame "Of course I want to turn away from sin" Myth Trash “Nature is probably best for solitude” "Isolation isn''t the biggest problem" Margin Walker Party of One Alone among each other "We are surrounded by the lonely all the time" Solitude Walled Garden "A line can turn into a horrifyingly rigid reality." "Mainstream porn is quite insane" The Crossing borders “What the fuck is that doing here?” Loud as Hell A Friend of the Devil “People say: ‘Father, I need an exorcism.’” “We are rational people” The Devil You Know Inertia Hitler! War! Destruction! The Devil “We don’t have any positive pictures of adulthood” Young at Heart 'The Animal Cracker Plot'