The “Triangle of Death” is an area in Southern Italy, a region between three different municipalities where the local population’s life expectancy is two years lower than in the rest of the country. The cause? Trash.

For years, the region’s trash collection had been slow and inefficient, resulting from a mix of maxed-out landfills and government inertia. Then the mafia stepped in, began to offer speedy and cheap collection. And the trash disappeared: They burnt in illegal dumpsites and with very little regard to the hazardous fumes or contamination.

Today, with the garbage crisis still ongoing, the resulting pollution has started to take its toll on locals, with more and more of them dying from related diseases.

The story is a poignant reminder that trash doesn’t just go away — it lingers, in one form or another, somewhere out of sight. But even the way we talk about it shows how little we think about that: We speak of “throwing something away”, without addressing the away, blindly counting on the fact that anything we want to get rid of can be put into a bag, thrown into a bin, and get carted off.

In chemistry, the principle of mass conservation states that in a closed system, mass cannot be destroyed but only be rearranged in space. When you think about our world and all the undesirable objects in it, that law seems to apply quite well: We may have constructed intricate systems to get rid of stuff, but that stuff only ever goes somewhere else: A bin, a landfill, or into the hot Italian summer air.

So it’s really our struggle to combat this reality which needs to be looked at. Trash is a trail we leave in the world: Showing not what we want but precisely what we do not want. We find it so abhorrent that it has even become synonymous with anything undesirable: Bad books, terrible movies, or even entire groups of people.

The dictionary lists “refuse” as a synonym for trash, and that term indeed seem to fit better: Refusal stands for the unwillingness to do or to accept something.

And trash is exactly that: A very elaborate way of saying no. 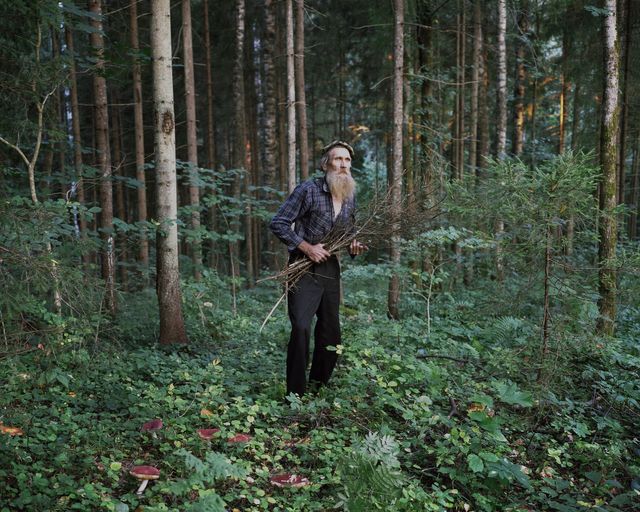 “Nature is probably best for solitude” Myth The word myth is worth examining. According to the dictionary, it stands for a traditional story, for a widely-held (but usually false) belief, or
Latest posts Telephone Angel Kenneth Goldsmith on the end of the Internet Street View’s Strange Solitude Shame "Of course I want to turn away from sin" Myth Trash “Nature is probably best for solitude” "Isolation isn''t the biggest problem" Margin Walker Party of One Alone among each other "We are surrounded by the lonely all the time" Solitude Walled Garden "A line can turn into a horrifyingly rigid reality." "Mainstream porn is quite insane" The Crossing borders “What the fuck is that doing here?” Loud as Hell A Friend of the Devil “People say: ‘Father, I need an exorcism.’” “We are rational people” The Devil You Know Inertia Hitler! War! Destruction! The Devil “We don’t have any positive pictures of adulthood” Young at Heart 'The Animal Cracker Plot'