The word myth is worth examining. According to the dictionary, it stands for a traditional story, for a widely-held (but usually false) belief, or even an imaginary person. “Myths are public dreams” wrote the American author and mythologist Joseph Campbell, and his analogy holds: Just like myths, dreams are elusive fantasies — sometimes good, sometimes bad. Yet as a society, we’re sharing neither the same bed nor head. And so believing the same thing (especially if it’s false!) goes counter to our whole idea of ourselves as sensible, enlightened citizens of the 21st century. That we nevertheless do is because myths have something irresistible about them: They make for engrossing stories. Take Oedipus, or the popular belief that Einstein failed maths: A good myth is something you want to believe, because of the lesson it entails. Oedipus tells us that plans backfire. Einsteins imagined failures make him more human. So we may know of a myth’s falsehood but still treasure it for that. Isn’t religion, in its bare essence, just a set of moral guidelines illustrated through mythology? Isn’t a myth a lesson packaged into a really good story? That’s why myths tend to stick and evolve over time. Some accounts have been around for thousands of years and yet we tell them again and again, drawing lessons for our modern conditions. All that makes the myth a potent antidote to our modern rationality. It’s a story, a concept, or a person that has become idealized and thereby remained relevant. We’re sharing it not because it is right, but because it tells us something about ourselves. If only that we’re not the sensible, enlightened citizens we’d live to belief.

Up next Trash The “Triangle of Death” is an area in Southern Italy, a region between three different municipalities where the local population’s life expectancy 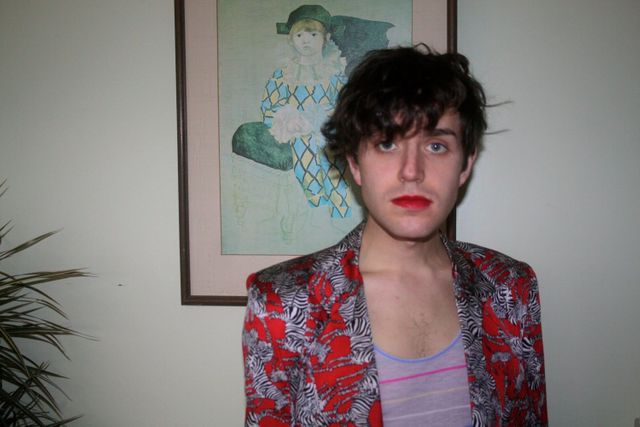 "Of course I want to turn away from sin"
Latest posts Telephone Angel Kenneth Goldsmith on the end of the Internet Street View’s Strange Solitude Shame "Of course I want to turn away from sin" Myth Trash “Nature is probably best for solitude” "Isolation isn''t the biggest problem" Margin Walker Party of One Alone among each other "We are surrounded by the lonely all the time" Solitude Walled Garden "A line can turn into a horrifyingly rigid reality." "Mainstream porn is quite insane" The Crossing borders “What the fuck is that doing here?” Loud as Hell A Friend of the Devil “People say: ‘Father, I need an exorcism.’” “We are rational people” The Devil You Know Inertia Hitler! War! Destruction! The Devil “We don’t have any positive pictures of adulthood” Young at Heart 'The Animal Cracker Plot'