Kenneth Goldsmith on the end of the Internet 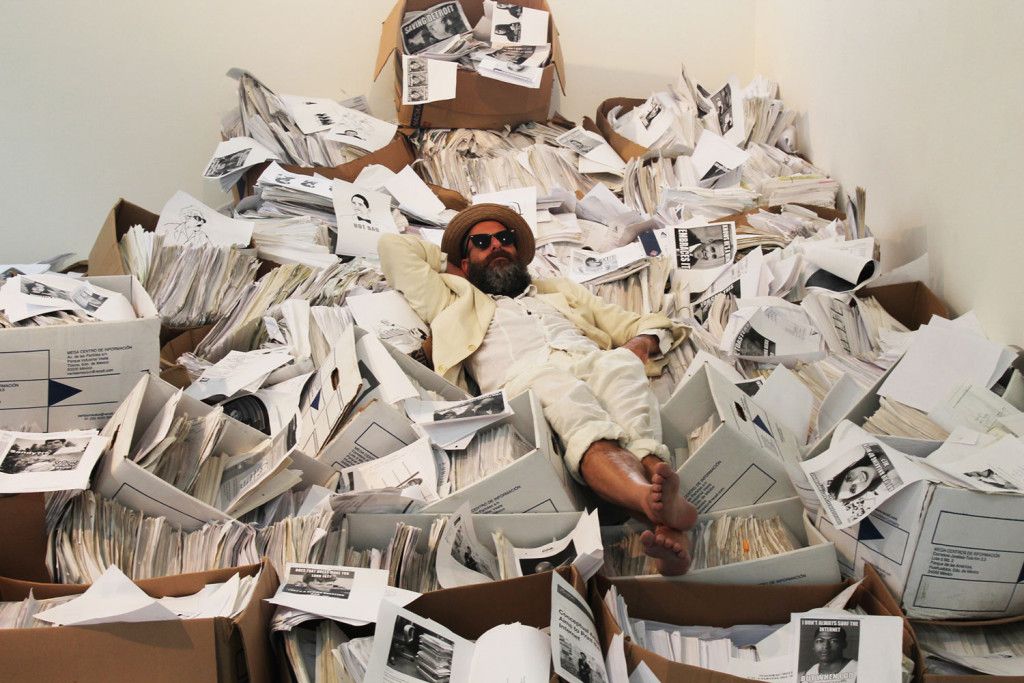 The internet seems endless. But is it really? A conversation with American poet and artist Kenneth Goldsmith.

Will the Internet end? There is an old hacker joke, a website that says “You have reached the very last page of the Internet. We hope you have enjoyed your browsing. Now turn off your computer and go outside.” So there is an end and it was made in the very early days of the Internet.

But the joke only works because the Internet is endless. You have to understand that the end of the Internet has been discussed and debated since the very inception of the net. The joke is of course an allusion to the Internet being finite. I think that once an infinite system is made, that which codifies it as such are the discussions of its finitude.

Let’s focus on the apparatus for now. It’s true that media rarely die. They might lose relevance but they won’t be destroyed or completely replaced. Newspapers or TV are losing audiences by the millions, but I don’t think that they will just disappear. Some media even have revivals. Take the vinyl record or analogue watches: they have turned into fetish objects. At some point, objects lose their edge vis-à-vis other objects. We don’t get rid of these objects, we just assign them a new role. I can see that happening to the Internet.

The big difference is that the Internet is, contrary to the objects you just named, not a tangible thing that can be easily collected. Can you touch radio? You operate it, but you can’t touch it. It is ephemeral. It is always there, but we don’t perceive it unless we turn it on. Marshall McLuhan always argued that every media assumes the form of the previous media, thereby extending it but never killing it.

Media are a product of continuity? Exactly. The Internet is based on webpages, so it is an extension of magazines or books. Then you have things like online radio or online TV. It’s a webstream, but we call it online-TV. Every media morphs into another one. The same will happen to the Internet.

“Too much is always too much”

What distinguishes the Internet from other media, however, is its capacity to store and archive a sheer limitless amount of information — because that capacity is built into its very foundation.

Maybe it’s different in Europe, but in the US, there is a real archival craze. Everything that is not yet digital is being digitalized. Before the Internet, newspaper reports were copied onto microfilm. So this urge to keep copies of everything is not new.

But the extent to which this archiving is being done surely has changed with the advent of the Internet. Just think about the amount of videos on Youtube…

Harvard historian Ann Blair wrote a magnificent book called Too Much to Know, in which she traces the information overload back to the early modern period. During the 15th and 16th century, there was already too much to know, which is why things like anthologies emerged to help us condense knowledge.

You don’t think that the Internet has propelled this information overload to new heights? It did and it didn’t. I can only emphasize that I don’t want to distinguish the Internet too much from other media because I see it as a continuity of older media. So I don’t think we should use a new metric. Too much is always too much. It is assumed that we can only know 300 people in our life; I have 5.000 friends on Facebook.

Which again underlines the point that the digital realm, in contrast to the real world, enables us to go beyond the limits of finitude. The interesting thing is that this gives us the potential to archive even the mundane or seemingly unimportant. Many of our Facebook followers are complete strangers and the net is full of videos of gigantic spiders in Australia…

Because someone believes that it is relevant. Maybe we are seeing the varieties of importance now. Also, because of the abundance of material, the actual acquisition of that material trumps the use of the material. Many of us spend more time gathering material from the web, downloading and storing it, than we do actually using the material. On my laptop, I have more books than I will ever be able to read in the next ten lifetimes — and yet I keep gathering more. I can finally have the library I always desired.

People like the cultural critic Simon Reynolds argue that the abundance of material will lead to cultural inertia because we can’t cope with the amount of information. Do you agree? It is a problem but a luxurious one. I’d rather have a problem of abundance than of scarcity. I would rather have too much food than too little food although it might make me fat and die earlier.

“Abundance is ripe with innovation”

One could argue that scarcity fosters innovation whereas abundance triggers laziness.

I don’t think that the amount of information is crucial. We just have to think about information differently today. You don’t always need to reinvent the wheel. Take the brilliant remix culture in music: it is a recombination of existing material to create something new. Sampling has produced some of the best music of the last decades, so I have difficulties seeing the problem with abundance.

I guess one of the main issues with sampling or remixes is authenticity. It feels copied but not created. Why would anyone care about authenticity at this point? I highly doubt, that most people can even define authenticity. I have grown very tired of these pessimistic arguments about our culture not being authentic or innovative. Abundance is ripe with innovation. Innovation of a different kind, yes, but innovation nonetheless. I am not going to look at my iPhone and lament the fact that we no longer carve wood the way we used to.

The other thing that comes with the abundance of information is the danger of getting lost in it. I catch myself watching random Youtube videos almost daily. You taught a university course called wasting time on the Internet because you believe it to be a worthwhile activity. Why?

You’re engaged with what is going on, isn’t that wonderful? My Facebook feed throws up a dozen things per day that really fascinate me and that I wouldn’t have stumbled upon otherwise. That never happened with television. The Internet is much more interactive, and therefore I don’t consider random browsing to be a waste of time.

It’s one thing to say that it is not a waste of time, but quite another to argue that it can actually be a source of creativity and wisdom.

I don’t understand why we feel shameful about it. In your previous question, you said that you “catch yourself” — as if it is something very bad you’re doing. It’s not.

I don’t know why, but I wouldn’t feel guilty reading a book for an hour or two — quite the contrary actually. We need to get over that. The thing is that while you’re browsing, you are reading, so it’s not different at all from reading a book. If modernism has taught us anything, then that skim reading, broken reading, or non-linear reading, are all valid reading strategies. Why do we only consider reading as going through a book beginning to end? The fact is that because of the Internet we are reading and writing way more than we used to. It might just be e-mails, status updates or search bar entries, but that’s writing and reading as well.

“The Internet won’t stretch into infinity”

Surely there is a difference between writing an article and typing a status update?

The status update tends to be shorter, yes. But all your Facebook and Twitter updates combined are your autobiography. A student of mine used to write e-mails to himself with things he must remember. It was like a status update addressed to himself. As his final project, he printed out all these e-mails that he hadn’t read in 10 years and turned them into a book. It was a diary, a very accurate picture of where he had been 10 years ago. Back then, these e-mails meant nothing to him, but 10 years down the road they reminded him of so many things he had lived through. We erroneously dismiss status updates as insignificant. That writing is often more personal than anything else we write.

Postings are often very personal, which is why many people feel a certain unease knowing these entries might outlive them and become visible to a large amount of people. Of course it is much more public than a personal diary but the blind spot in your theory is that you trust the apparatus to still be around 100 or 150 years from now. The Internet won’t stretch into infinity. The operating system will change, Facebook and Apple will go out of business, these things happen all the time. People upload things into the cloud, thinking that their material is safe, but it’s not. The cloud could collapse at any moment. I download and archive furiously because I don’t trust these things. Just think about Megaupload. The Internet will not end, but many parts of it will at some point. Servers crash, domains expire, companies go out of business, so if you love something, download it.

Our generation will leave behind more information than any previous generation. What do you think successive generations will make of all the digital material we have produced and saved? Again, that is assuming that the material will still be around in 100 years or so, but you are right that we will leave behind a lot of material and information. I however think that successive generations will be much more interested in their own lives and not so much in ours.

We look back at previous generations. Some us do, many of us don’t. The notion of presentism is very powerful when it comes to the digital realm. People live in the present — especially online. The world changes every time a webpage refreshes. When something falls off the bottom of the Twitter feed, it’s gone. I like this sense of being in the moment; it’s almost a Zen concept. We have regained a craving for the present. I like that.

But this fixation on the now might lead to an inability to let events unfold or deepen. Following that logic, 9/11 would have been yesterday’s news by September 12th.

It was. On September 12th 2001, the question wasn’t “what happened?” but “why did it happen?”. Of course the event wasn’t forgotten, but the questions had changed by the next day. 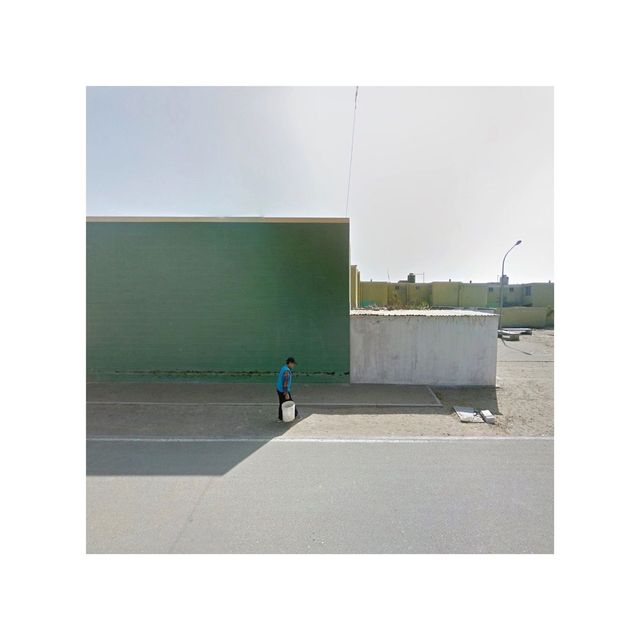 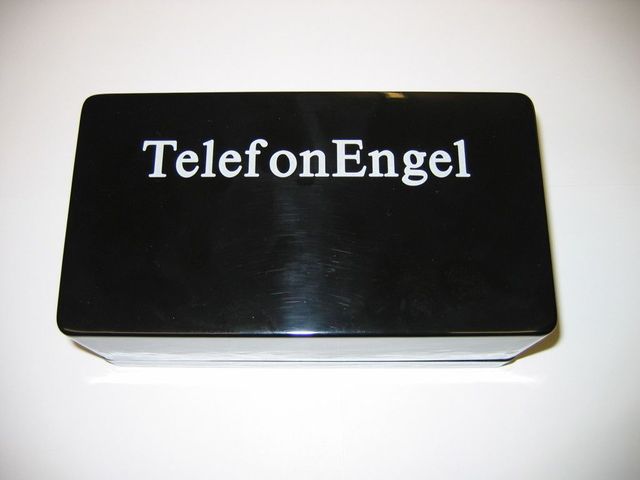 Telephone Angel
Latest posts Telephone Angel Kenneth Goldsmith on the end of the Internet Street View’s Strange Solitude Shame "Of course I want to turn away from sin" Myth Trash "The West has always had a discomfort with colors” "Psychedelics offer us life in high-definition" “Nature is probably best for solitude” "Isolation isn''t the biggest problem" Margin Walker Party of One Alone among each other "We are surrounded by the lonely all the time" Solitude Walled Garden "A line can turn into a horrifyingly rigid reality." "Mainstream porn is quite insane" The Crossing borders “What the fuck is that doing here?” Loud as Hell A Friend of the Devil “People say: ‘Father, I need an exorcism.’” “We are rational people” The Devil You Know Inertia Hitler! War! Destruction! The Devil “We don’t have any positive pictures of adulthood”