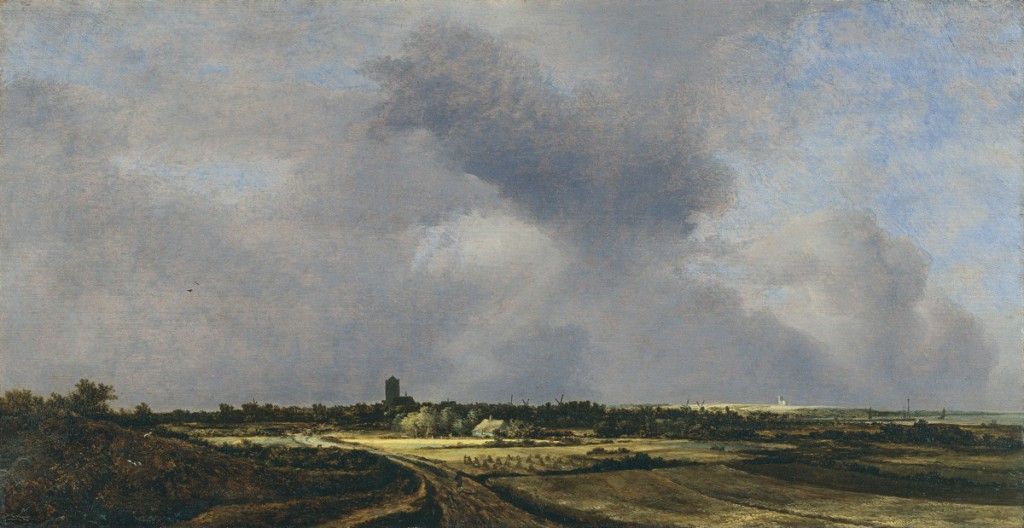 For years, painters from Holland enjoyed an unfair advantage. Until it suddenly disappeared.

Picture the sea, waves crashing at the shore and water stretching to the horizon. Now think about containing it, taming the waves by encircling the entire body of water with a giant dike. Sounds crazy? It is, but it is also exactly what the Dutch government decided to do in the 1930s.

The Netherlands are bordered by water. So much water, in fact, that in projections about climate change and rising sea levels, it is often depicted as the first country to go. But mathematical models are deeply unfair to the Dutch — for they are experts at dealing with water. In fact, large parts of the country are below sea level, requiring an elaborate system of dikes and dams to keep the country dry. And when the Zuiderzee, an inland sea north of Amsterdam, would not stop flooding, the Dutch people decided to take the edge off it: They constructed a large dam around the bay where the inland sea flowed into the North Sea, effectively turning the sea into a lake.

This article isn’t about that undertaking. It is about what happened next.

You see, the Dutch aren’t only famous for engineering, they also brought about many famous artists: The history of painting was in many ways shaped by talent from the Netherlands, where painters developed unique techniques to work with color and to translate the physical world onto the canvas. And whenever a small country punches above their weight (like they arguably did), wild theories emerge. Could it be that the Dutch had an unfair advantage that helped them become a nation of painters?

If you believe a famous myth, the Dutch masters are said to have profited from their country’s unique location by the water, which reflected the sunlight in a way that was different from everywhere else on the planet.

Hollands licht (Dutch Light) was famed for its brilliance and unique intensity, creating hues and colors that allowed the observers to paint particularly vibrant images. Many of the paintings from the (rather appropriately named) golden age of Dutch painting are sweeping vistas across the country’s landscape, often under a towering sky of dramatic clouds. The images seems hyperrealistic — as though they were depicting a phantasy — and it is this effect which imbues them with the dream-like quality they are so renowned for.

The world eventually transitioned towards as the primary means for depicting the world. But even though painting started to languish, the theory of Dutch Light stuck around. I can only speculate that its perseverance was due to national pride and our willingness to believe in a good story. But the myth persevered and Dutch Light remained a thing. Until that civil-engineering project that resulted in the aforementioned dike. And in the German artist Robert Boyes’ eventual declaration that the phenomenon of Dutch Light was over. Rumors were that the containment of the sea, now an inland lake called IJsselmeer, had changed the physical prerequisites for Dutch Light. And with the days of famous Dutch painting long gone, people had also stopped paying attention. If the sea had acted as a prism, people had not only smashed the crystal but also closed their eyes. Dutch Light was no more.

It is easy to dismiss Boyes’ declaration as the product of an eccentric artist’s confused mind. After all, the longing for Dutch Light combines the very worst of nostalgia with the very sloppiest of pseudo-science. But just like the myth itself, Boyes’ declaration had remarkable sticking-power. Dutch Light no longer captured the public imagination. For all intents and purposes, it was over. In 2011, two Dutch filmmakers even spent a year filming the sky from an observation point north of the IJsselmeer. They investigated the phenomenon of Dutch Light, threw the theory at art historians and tried to debunk the myth. But definitive answers were hard to come by.

A constant cycle of endings and new beginnings

I am not writing this down because I believe any of it or because I am ready to take sides in the battle. But because this story demonstrates so much: First and foremost, it shows our willingness to buy into a good story about nature, about man’s place in it and about how an almost supernatural phenomenon enabled a small nation to rise beyond much larger ones. And then there is the fact that everyone snapped out of it, as if woken from a dream, when Boyes offhandedly declared the entire concept to be over. The declaration says as much about the artist’s grandiosity as it does about us, who tend to believe them when they come from the right person.

Boyes does have an important point, though: Our way of looking at the world is in constant flux, and no generation observes its surroundings in the same way and through the same prism (if you will) as the one before it. The light may forever break through the clouds, but it is never interpreted the same way. As such, our perspective is going through a constant cycle of endings — and new beginnings.

Up next Introducing The Idea List Time is money, they say. Time flies. Time is of the essence. The list of time-related idioms could go on endlessly. That is because everyone 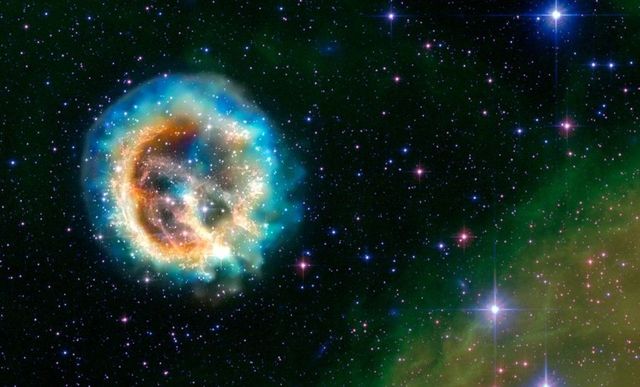 Everything Ends
Latest posts Telephone Angel Kenneth Goldsmith on the end of the Internet Street View’s Strange Solitude Shame "Of course I want to turn away from sin" Myth Trash “Nature is probably best for solitude” "Isolation isn''t the biggest problem" Margin Walker Party of One Alone among each other "We are surrounded by the lonely all the time" Solitude Walled Garden "A line can turn into a horrifyingly rigid reality." "Mainstream porn is quite insane" The Crossing borders “What the fuck is that doing here?” Loud as Hell A Friend of the Devil “People say: ‘Father, I need an exorcism.’” “We are rational people” The Devil You Know Inertia Hitler! War! Destruction! The Devil “We don’t have any positive pictures of adulthood” Young at Heart 'The Animal Cracker Plot'