“A line can turn into a horrifyingly rigid reality.”

What was there first, the border or the division? We spoke with artist and cartographer Denis Wood about the connection between maps and control. 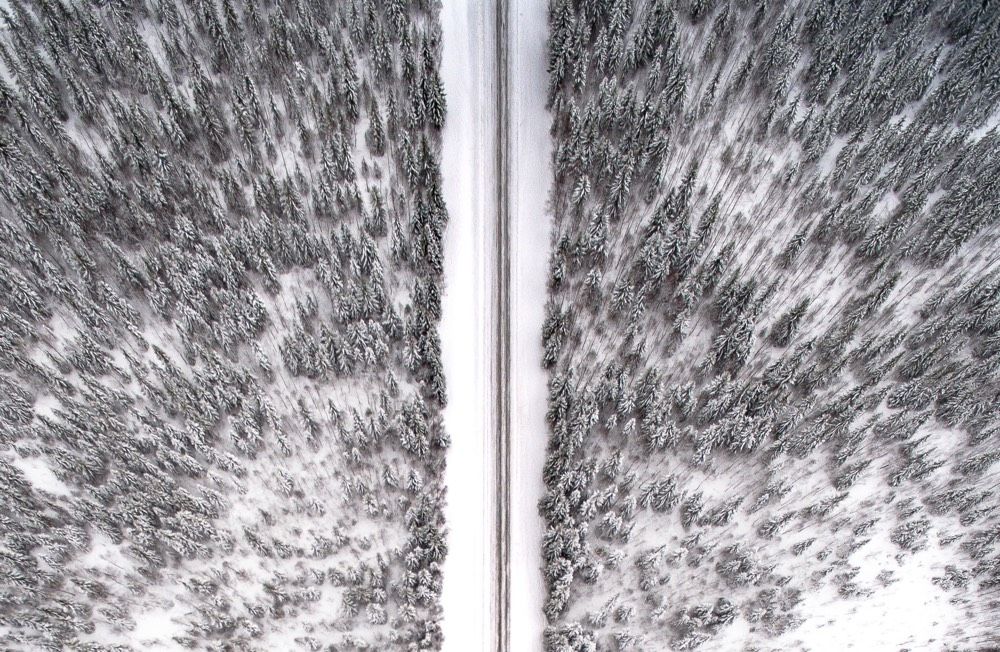 What do you think? Maps are mediators between human beings. They link the territory to what comes with it — which is to say all of the desires, needs, and aspirations humans bring to them.

In your book, “The Power of Maps”, you write that maps present an argument… Maps have an essential deep purpose: The protection of private property and the protection of nation state governments that support the property.

…because they delineate a certain territory by putting a line around it? Exactly. The lines show what part of the territory is mine and what is not mine. 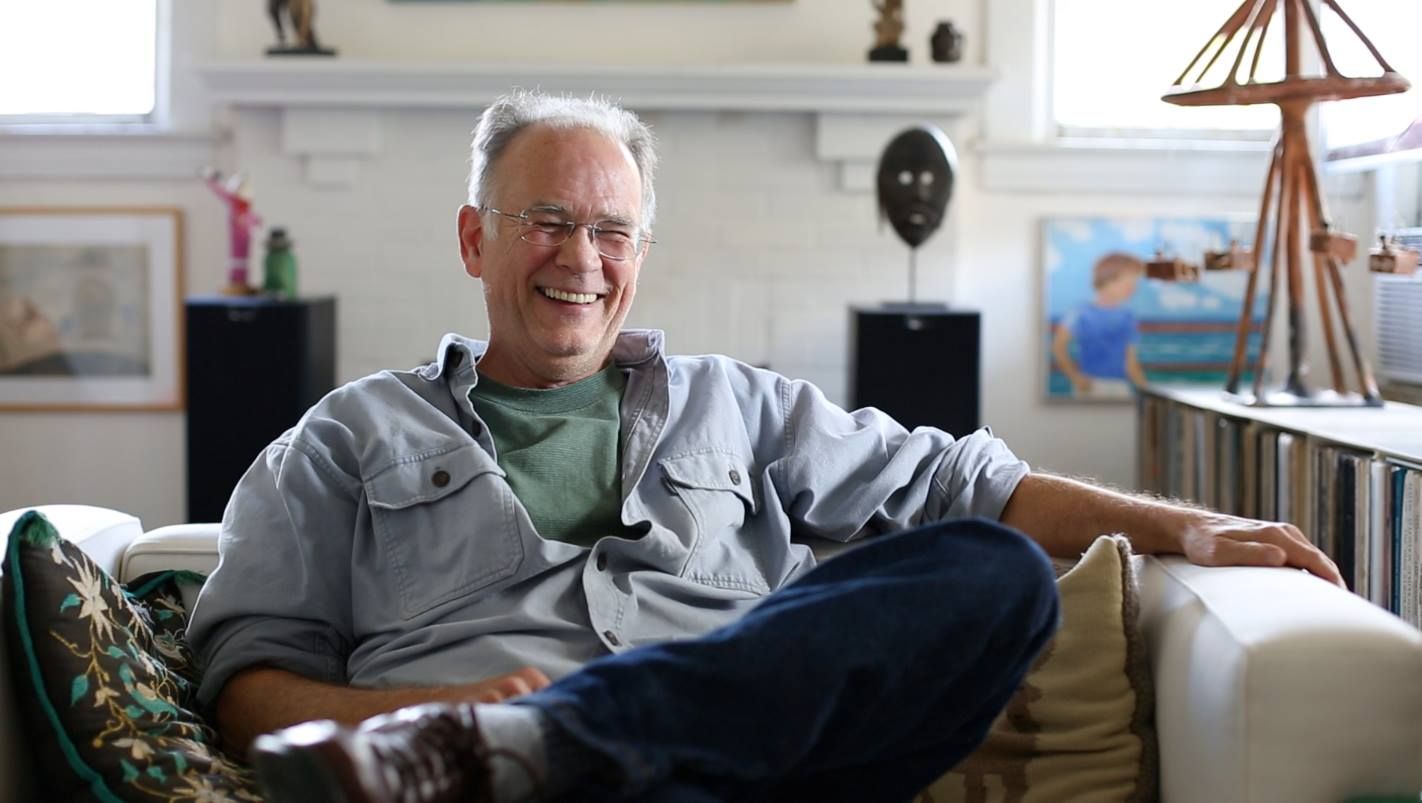 Photo: Still from the movie “Unmappable” by Diane Hudson and Jasmine Luoma.

Denis Wood is an artist, author, cartographer and a former professor of Design at North Carolina State University. He is the author of the book “The Power of Maps”. Visit his website at www.deniswood.net.

Today, we tend to think of maps as instruments for navigation. The oldest maps we have — which are Babylonian maps of property — are for purposes of control and taxation. There are property maps from 7th century Japan, showing patty fields, who owns them, and who is responsible for raising rice in a particular space. But maps have never, until very recently, been important for navigation. We sailed the oceans without maps for centuries. We got along fine without them, both on the sea and the ground. Today, everybody knows they can find a restaurant on Google, follow the instructions on their map and get there. But before there were those kinds of readily-accessible maps, anytime before the invention of lithography, maps could hardly be for finding our way…

###” If you think you can back to where you started, you are never really lost.”

Has our dependency on maps destroyed our intrinsic sense of orientation? Maps have certainly become crutches we lean on and that we lean on with increasing frequency. People used to get around cities just fine, now they can’t imagine getting to the next corner. The problems is that most people with cellphone have a map right there in their hand, so why not make life more convenient?

Because of that, people tend to no longer get lost, which can be a very insightful experience. People have always had to work to get lost. It isn’t something that comes easily to human beings. We have very good sense of direction and orientation and usually know where we are when we come into consciousness. It is by no means impossible to get lost, but even when we were navigating across the Atlantic ocean in the 15th century, we thought we knew where we were. And that is what matters — feeling comfortable without knowing where you are. If you think you can back to where you started, you are never really lost.

Do you? I don’t even own a watch. And I don’t own a cellphone.

How do you get around? I have no trouble getting around! When I was traveling through the West Bank, I discovered that when I needed to know where a certain place was, all I had to do was ask the cab drivers. They would tell me — and offer to take me there. You can always find somebody with a cellphone who will lend it to you if you need it. But you really don’t need it very often.

Being a cartographer, we assumed you would embrace the map in the pocket? I sometimes carry a paper map. But people got cellphones to not miss any messages. This all started in the 1970s with pagers. For the twenty years prior to that, people had got along fine in their businesses, but then they suddenly needed a pager to be in touch constantly. It gradually turned into the early cellphone, which has now turned into the computer in the pocket. I don’t want a computer in my pocket.

What you are describing reflects the remark about the human desire to know where we are in space and time. It’s also visible in the physical environment. Streets didn’t use to have street names. House numbers are only 300 years old and only became universal in the last 100 years. People had no trouble getting around — they would give directions, follow them, and if they got disoriented en route, you could ask someone and they would tell you. People still do that, actually!

“What makes a map a map is its self-declared mastery of objective reality.”

Why do we map even the remotest locations, then? Once you get the idea that you need to know where things are, you need to know where everything is. That has been a guiding principle of Western and Eastern civilizations. You don’t want holes on your map, you don’t want terra incognita. But the important maps in the world today aren’t Google Maps but the ones down in your register of deeds: They connect a piece of ground with somebody who owes money to pay taxes on it or somebody who owns it so that they can sell it. And in the case of lunatics: Places they can protect with their guns.

Is it a mistake to think of maps only in geographic terms? There are, for instance, maps that show the world according to wealth distribution. On it, the spatially large Africa is suddenly tiny. That is the whole point of my atlas “Everything Things”: I mapped my neighborhood in all possible dimensions — to show what we don’t ordinarily map. And to show the complete poverty in terms of information on most maps. Most of them are not terribly informative: They look informative, pretend to be, but are not.

…because everything that comes as a map automatically looks informative? Of course! What makes a map a map is its self-declared mastery of objective reality.

You have said that maps are about control — and in the case of borders, which are no more than lines on the map, it becomes obvious what you mean. Exactly. Maps demarcate where I have authority and where I don’t. And they become guarantees of it as well. Once there is a border on a map… well then the border is there. Wars are fought over it. And the law is a machine to support them.

Here in Europe, we had stopped noticing borders, until the migrant crisis popped up… …and the borders popped up! They became a big deal again. The Schengen Agreement has become a curiosity of the past. I have no idea what the borders are going to look like a few years from now.

Cartography then means: Someone draws a line on a piece of paper, and a couple hundred years later, a wall gets built or a border dispute breaks out. Of course it’s not the cartographers who decide where borders are but yes: they draw a line and it can turn into a horrifyingly rigid reality. There are many troubled borders: Think about Kashmir, or China and India — much of their border is in contest. The border between Iraq and Turkey… these are borders that have become an immense deal. And yet there is no border between most of Turkey and Greece, no matter how many lines get drawn on the map.

“Some people have zero respect for borders.”

What border do you find particularly interesting? I have gone to Mexico many times and that border is too stupid to be believed. But the border that continues to fascinate me and that I read about every single morning is the border between the Palestinians and the Israelis. It is a dramatic instance of what borders can become.

What, then, is your understanding of a border? I don’t think borders are very well theorized. We really haven’t come to grips with what we think a border is. We know what it means in terms of responsibility and authority, but not much more. Which is why phenomena that have no respect for borders elude us.

What do you mean? I am thinking of wildlife or diseases. Then there are also people who don’t really have borders — like gypsies. They don’t have much of an acceptance of borders, only appreciating that they have to cross them with some frequency. Or the youth in Europe that just floats around the continent for amusement purposes. These people really have zero respect or interest in borders

If borders can be ignored in many parts of the world, why do we still have them? Well, those lines are often taken to mean more than they actually do which is why they still matter. Think about France or Spain. There are national borders that have changed with insane fluidity over the past 500 years, as they ceased being kingdoms. When the nation state begins to emerge out of those earlier formations, there is endless fluidity. In a place like France or Spain, you have all of these remnant populations that only 150 years ago couldn’t have been assumed to speak the language. They didn’t. They were very different places not fully integrated into a proud nation state. We delude ourselves into imaging they have always been like that. That’s nonsense.

So when looking at borders, should we stop assuming their authority? I think so, yes. But that’s maybe the anarchist in me speaking. But remember: To ignore borders is, in essence, to ignore property lines. They are the same thing, really. The nation state is a defense of private property. 500 years ago, humans didn’t own their property, everything belonged to the king or other level of the feudal system. Ownership, came with the nation state and the map, all in a mutually supportive nexus of power. And it isn’t old. People think the world has always been like it is. But no, it hasn’t. The world we live in is pretty new, post-WWII or at least post-WWI. And it clearly isn’t going to stay this way forever. 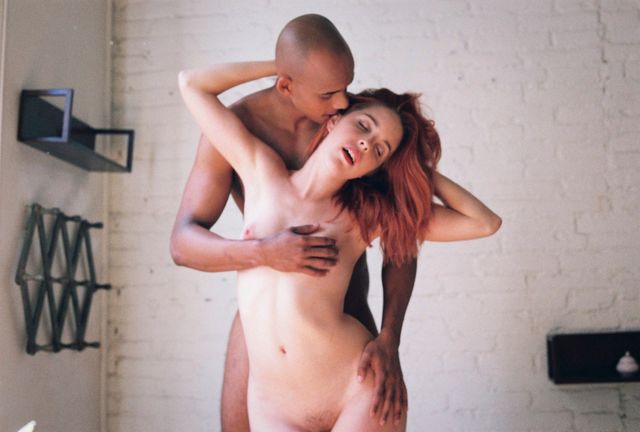 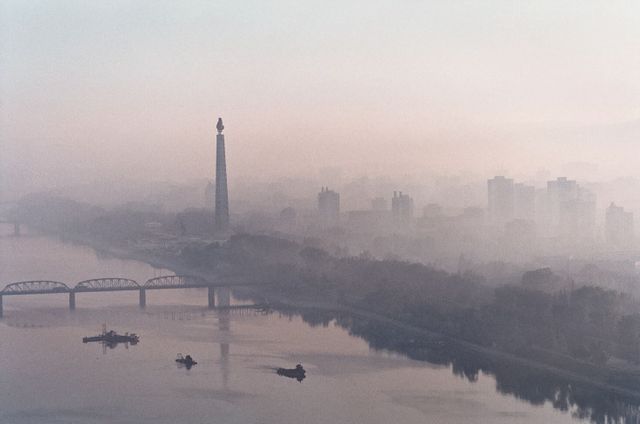 Walled Garden
Latest posts Telephone Angel Kenneth Goldsmith on the end of the Internet Street View’s Strange Solitude Shame "Of course I want to turn away from sin" Myth Trash “Nature is probably best for solitude” "Isolation isn''t the biggest problem" Margin Walker Party of One Alone among each other "We are surrounded by the lonely all the time" Solitude Walled Garden "A line can turn into a horrifyingly rigid reality." "Mainstream porn is quite insane" The Crossing borders “What the fuck is that doing here?” Loud as Hell A Friend of the Devil “People say: ‘Father, I need an exorcism.’” “We are rational people” The Devil You Know Inertia Hitler! War! Destruction! The Devil “We don’t have any positive pictures of adulthood” Young at Heart 'The Animal Cracker Plot'